“I remembered, of course, that the World’s Series had been fixed in 1919, but if I had thought of it at all I would have thought of it as a thing that merely happened, the end of some inevitable chain. It never occurred to me that one man could start to play with the faith of fifty million people — with the single-mindedness of a burglar blowing a safe.” — F. Scott Fitzgerald, “The Great Gatsby”

The Deadball Era is remembered by most baseball fans — when it is remembered at all — for its cast of colorful characters like Ty Cobb and Rube Waddell and John McGraw; for its gritty, small-ball style of play dominated by workhorse pitchers named Matty and Three-Finger and the Big Train; and for ushering in a wave of beautiful, modern, concrete-and-steel ballparks such as Fenway Park and Wrigley Field, which have played host to some of the most memorable moments in the game’s history.

The faded images and flickering footage we have from this period offer only a glimpse of the monumental changes that baseball underwent in the first two decades at the turn of the twentieth century, when the sport truly became America’s national pastime.

When the Deadball Era began in 1901, the National League was just beginning to emerge from the self-destructive team ownership groups of “syndicate ball,” the upstart American League was about to challenge the NL’s supremacy as the only established major league, and the World Series was not yet a twinkle in Barney Dreyfuss’s eye. By the time the era came to a close in 1919, the two major leagues were joined at the hip together, after successfully fighting off the Federal League and surviving the uncertainty of World War I. A new superstar, Babe Ruth, was about to lead baseball to new heights with his prodigious home runs.

Both on and off the field, there were vast differences that characterized the sport’s evolution from the start to the end of the Deadball Era. Although many of baseball’s power brokers remained the same, how the game was played and how the leagues conducted their business changed drastically between 1901 and 1919.

Throughout all the changes, the unsavory stench of corruption remained a constant presence in baseball, bubbling under the surface year after year until it finally boiled over with the fixing of the 1919 World Series. The Black Sox Scandal launched a crisis of confidence within the sport that ultimately defined this period and changed the game forever. 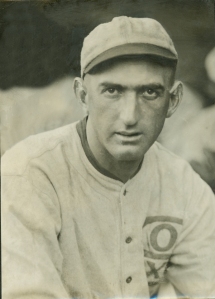 One hundred years after the 1919 World Series, we are still asking how the scandal even happened in the first place. Why did eight Chicago White Sox players on a championship team throw away their careers for a short-sighted bribe from gamblers? And why hasn’t a scandal of this magnitude ever happened in baseball before or since?

The answer to those questions will be debated for the next hundred years, but one thing is certain: There is no way the Black Sox Scandal could have happened in any other time except the Deadball Era. The confluence of forces that determined how the plot originated, how the World Series played out, how the scandal was exposed, and how baseball officials dealt with it all were unique to this period. This context is crucial to understanding what historians Dr. Harold and Dorothy Seymour called “the darkest hour” in baseball history.

From beginning to end, the Deadball Era was the most corrupt period in baseball history. The scandal that marked its final days also served as a symbol of its greedy impulses and ethical lapses. From top to bottom, the sport’s failure to account for a massive threat to its integrity in exchange for widespread popularity and profits is the common thread that connects the entire era.

Game-fixing incidents didn’t originate in the Deadball Era, of course — those go back to the sport’s earliest days as a competitive activity, even before it became openly professional after the Civil War. The first documented fixed baseball game occurred in 1865 and the National League, in just its second year of existence, banned four Louisville Grays players for throwing games in 1877. But those scandals from an earlier generation had been largely forgotten by the turn of the twentieth century.

It’s instructive to understand just how intertwined baseball and betting were during the Deadball Era, and how many opportunities the game’s leaders had to curb that influence before the Black Sox Scandal. By 1903, gambling flourished at major-league ballparks and American League president Ban Johnson, baseball’s most powerful authority figure, ordered an end to all betting by fans during games. But this pronouncement was ignored by most team owners and did not have the desired effect.

Months later, Boston catcher Lou Criger was approached by gamblers who offered to bribe him and star pitcher Cy Young to fix the first modern World Series between the AL and NL champions. Rumors of fixed games and bribery attempts plagued nearly every fall classic after that, with suspicion surrounding star players such as Rube Waddell of the Philadelphia A’s and Smoky Joe Wood of the Boston Red Sox. An incident involving Wood in the 1912 World Series prompted syndicated columnist Hugh Fullerton to publicly warn against gamblers’ growing influence in baseball:

“The muckerishness of the ‘fan’ is exceeding itself in muck this fall. Boston howled that it was ‘all fixed’ then raved over the team when it won. [So] New York screamed that the Giants were throwing the series. For a comparatively trifling bet Wood risked Boston’s title and the wealth that accrued to the winners. Stamp out gambling and the end of talk of crookedness is at hand.”

But other than Ban Johnson’s occasional announcements to the media that baseball took the threat of game-fixing seriously, officials continued to turn a blind eye to incidents of corruption for the rest of the decade. First baseman Hal Chase — known as the “Black Prince of Baseball” — earned a reputation as the most notorious fixer in the major leagues, moving from team to team and bribing teammates and opponents alike for years. But he escaped punishment even after his manager, the well-respected Christy Mathewson, turned him in to the National League for these transgressions in 1918. 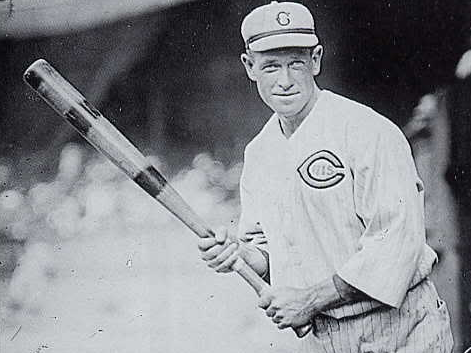 This was the laissez-faire environment that baseball had cultivated for two decades by the time a group of Chicago White Sox players first discussed the idea of fixing the 1919 World Series. In modern times, we might call this a lack of institutional control. The total lack of enforcement against game-fixing, bribery attempts, or the casual wagering that permeated the sport served to embolden the Black Sox in going through with their ill-conceived plans.

There is no way of knowing if the Black Sox players even considered the possibility of punishment, but nothing in baseball’s recent history suggested that anything would happen to them if they were caught fixing the World Series. Baseball officials — including White Sox owner Charles Comiskey — at first tried to cover up the scandal before Judge Kenesaw Mountain Landis was hired as commissioner in the fall of 1920 with a mandate to start cleaning up the game. Landis’s decisive actions in banning the Black Sox (and any other players who had any association with game-fixing) finally put an end to the rampant corruption that had plagued the sport throughout the Deadball Era.

There were ample opportunities for baseball’s leaders to take these problems seriously, and perhaps nip the Black Sox Scandal in the bud before it ever had a chance to fester, but they failed to do so. There is plenty of blame to go around for how this culture of corruption developed — from the many players who tried to earn a quick buck by betting on (and sometimes throwing) their own games, to the fans and hardcore gamblers who placed wagers on everything that moved on the field, to the executives who encouraged these practices in the hopes of boosting the sport’s attendance and popularity.

Dr. Harold and Dorothy Seymour summed up the Deadball Era appropriately in their classic volume, Baseball: The Golden Age:

“The evidence is abundantly clear … that the groundwork for the crooked 1919 World Series, like most striking events in history, was long prepared. The scandal was not an aberration brought about solely by a handful of villainous players. It was a culmination of corruption and attempts at corruption that reached back nearly twenty years.”

The Black Sox Scandal was not “a thing that merely happened,” as F. Scott Fitzgerald succinctly described it. It was not a fall from grace, a loss of innocence, a banishment from the Garden of Eden, or any other fanciful tropes that avoid placing blame on anyone involved. No matter how much baseball would like us to believe in the myth of “the single sin,” in the words of historian David Q. Voigt, that fallacy has always been a fairy tale.

In fact, Fitzgerald had it right all along in the words he wrote just before his most famous passage about the Black Sox Scandal in The Great Gatsby: it was “the end of some inevitable chain.” That chain of corruption, which connects the entire Deadball Era, could have been cut off at any point down the line if only baseball had taken seriously this existential threat to its integrity. But the chain held strong from the first link to the last, culminating in the fixing of the 1919 World Series, until it was finally broken by a new commissioner who changed the culture and cleaned up the game. 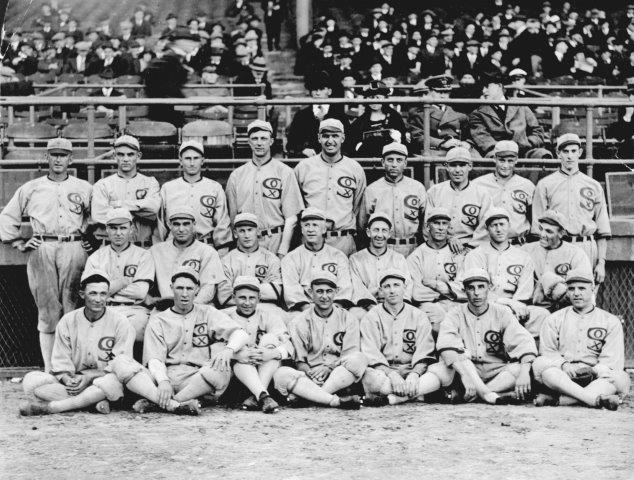